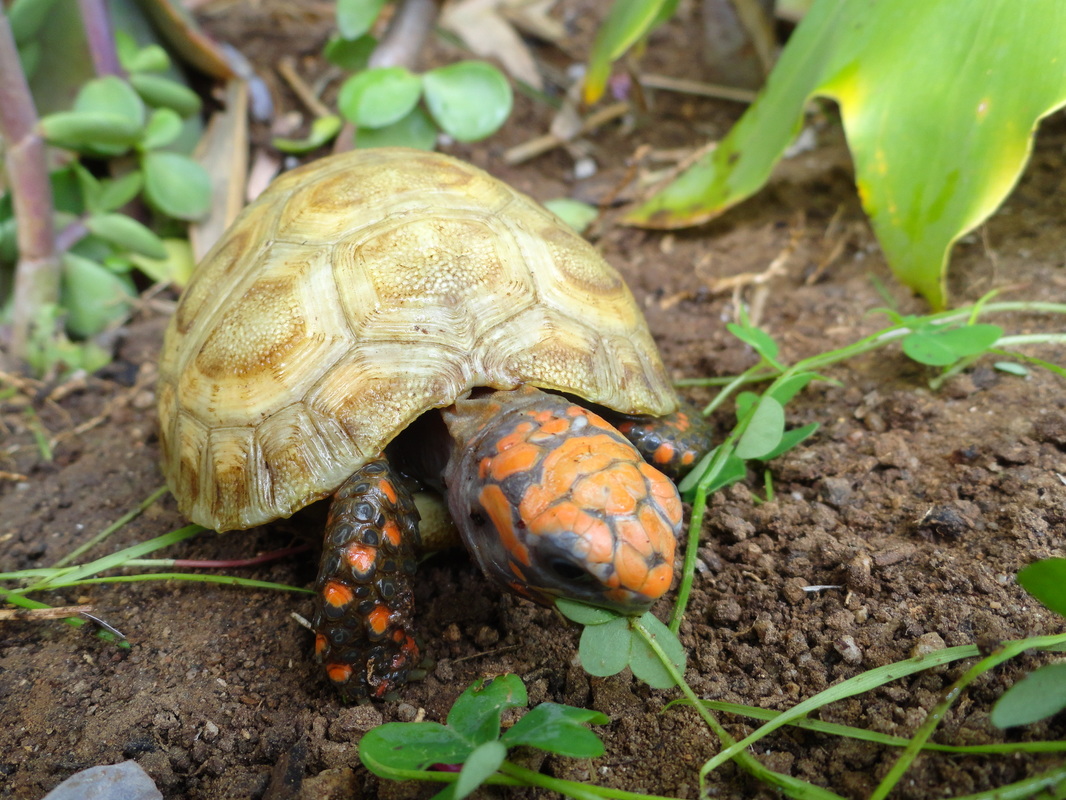 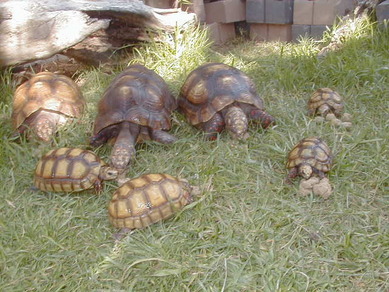 The word “ Hypo” is short for “Hypomelanistic”. This term is giving to an animal that has a gene (simple recessive) that  greatly reduces  melanin black pigment. Often the name is shortened to 'Hypo'.
Albinos’ , Hypo’s , Snows and Whites…… are all alterations to DNA called mutations, and they can result in the formation of new characteristics that are heritable, or capable of being inherited. Germinal mutations are those that occur in the egg or sperm cells and therefore can be passed on to the organism's offspring.
Somatic mutations are those that happen in cells other than the sex cells, and they cannot be transmitted to the next generation. This is an important distinction to keep in mind in terms of both the causes and the effects of the mutation. If only the somatic cells of the organism are affected, the mutation will not appear in the next generation; on the other hand, if a germinal mutation is involved, what was once an abnormality may become so common in certain populations that it emerges as the norm.

While the hypomelanistic animal lacks black pigment they are not albinos.
They lack melanin to certain degrees, sometimes showing none , as there are
hypomelanistic animals born with nearly no black scaling/coloring but they still
carry the black pigment gene. Another identifying mark ,is with Hypo’s you will
have black eye coloring as opposed to the red eye’s in the albino trait we are
all so familiar with. Shell and scale coloring is achieved through pigment
synthesis, Melanocytes manufacture two types of melanin: the black/brown
photo-protective eumelanin pigment, and the red-yellow cytotoxic phaeomelanin
pigment. This trait has been proven a co-dominant recessive one. The fact that a
mutation has occurred in a color pattern does not make it any less of a quality
animal. One should realize when this type of “unusual event” occurs…. do not
necessarily reach the conclusion that the parents are “not” the parents.
Mutations have occurred in all breeds of reptiles and mammals to date; some good
and some that are not. There are many cases of genetic mutation, which has not
affected the quality of the animal but may have an affect on the sellers/owners
of the animal through owning something different than the norm such as an
Albino/Hypo in captivity ( with no worries for predators‘) with mind~blowing
colors. Here at the Cove’ we have achieved in producing some of the most
outstanding Hypo’s in the country with two different gene lines of hypo
available within the Northern Redfoot Species and Cherry-Head Hypos in the near future.


More Helpful Definitions………
Genotype = the actual identity of the genes.
Phenotype = The creature's appearance and any other physical or behavioral manifestation. The phenotype is
produced by all the genes and the environment working together.

Genes come
in pairs, like socks. All gene pairs are either homozygous or heterozygous.

Something to keep in mind when dealing with punnett squares and
simple recessive genetics is that the numbers involved are
theoretical. 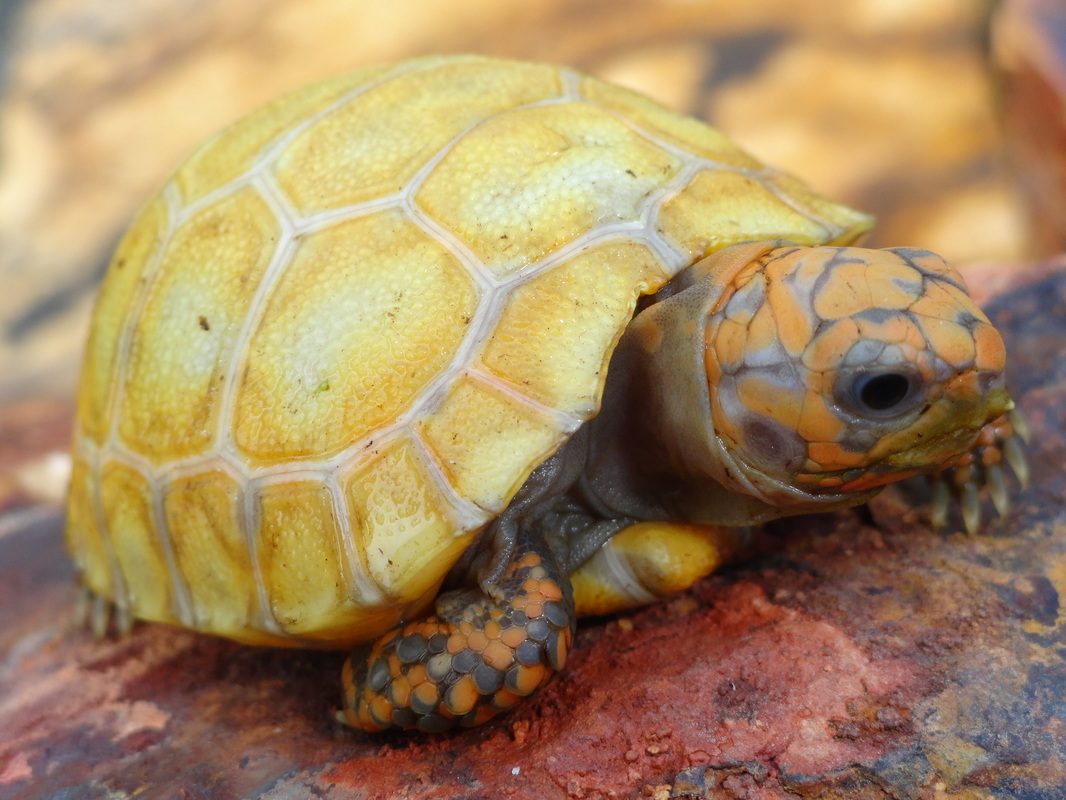 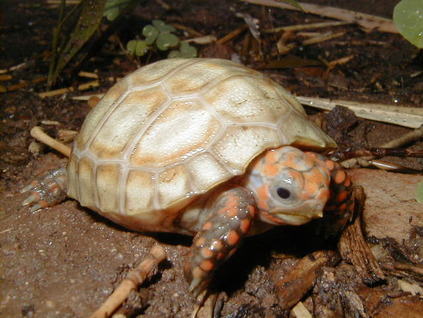 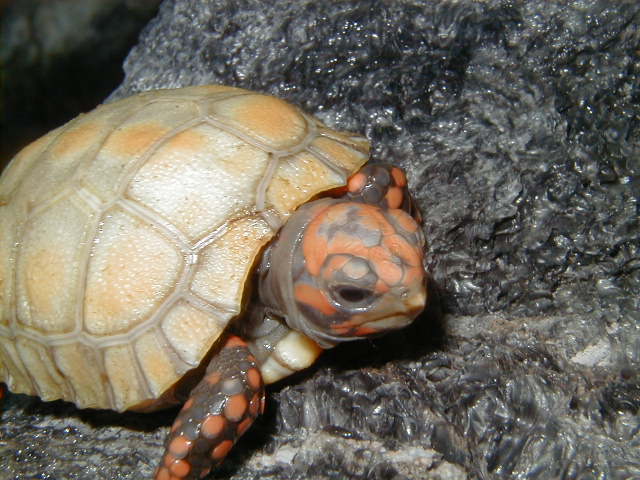 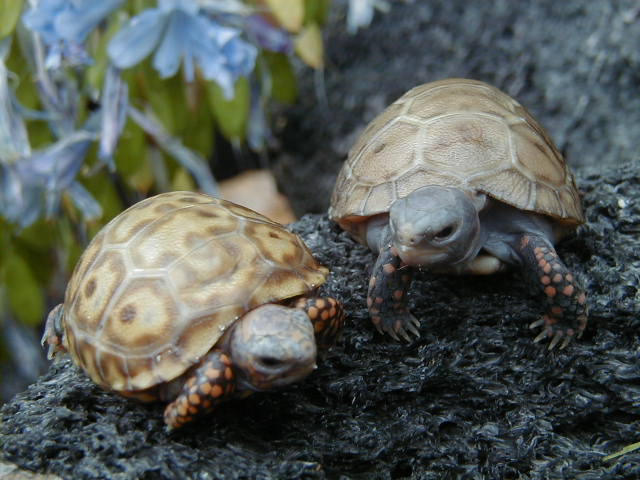